Great to have the Youth Rangers from the Mildred Helms Park Resurrection Committee visit the changing Ironbound riverfront this week. We looked at how things like zoning, environmental remediation, and community activism have shaped the landscape Thanks to Jacques Benaroch from PSE&G for his impromptu lecture on manufactured gas facilities! 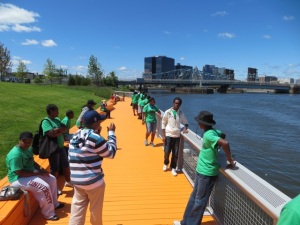 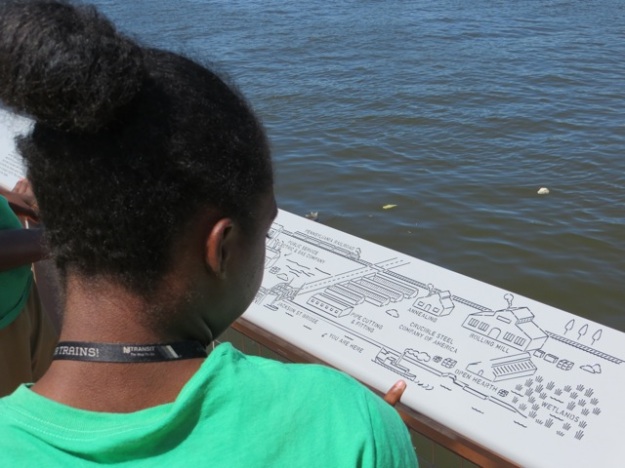 Newark’s Symphony Hall Special Ensemble led the Walk the Water. Did you think that drizzle would turn us around?

Grupo de Bombas Os Roxinois and their earthshaking drums let everyone know we were coming. 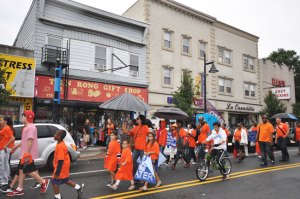 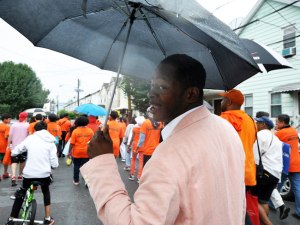 Walk to the Water arrives at Newark Riverfront Park

Thanks to the Essex County Parks System Environmental Center and Tara Casella, canoes were on offer to Newarkers interested to get on the water.

Newark’s Dynamic Dynasty brought their moves to the Orange Sticks. 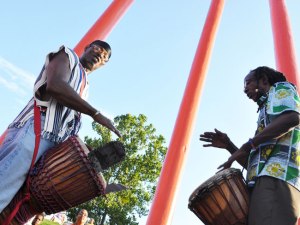 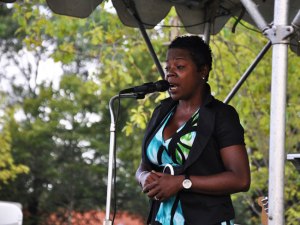 Percussion from Cedric & Co and gospel from Chrystal Atmosphere

Uniting communities along a shared river, kayakers from Paterson’s Mason Ave Christian Reformed Church tried our new dock and helped beginning canoers stay safe. 90 lucky young people received hand-made orange kites and pinwheels plus lessons on how to use them from a mysterious neighbor known as the Kite Master. 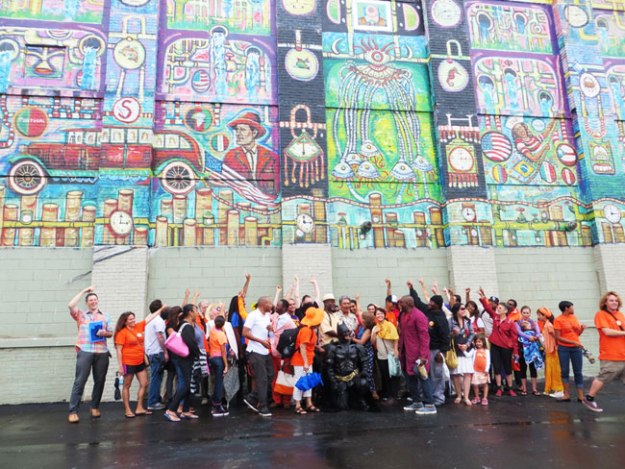 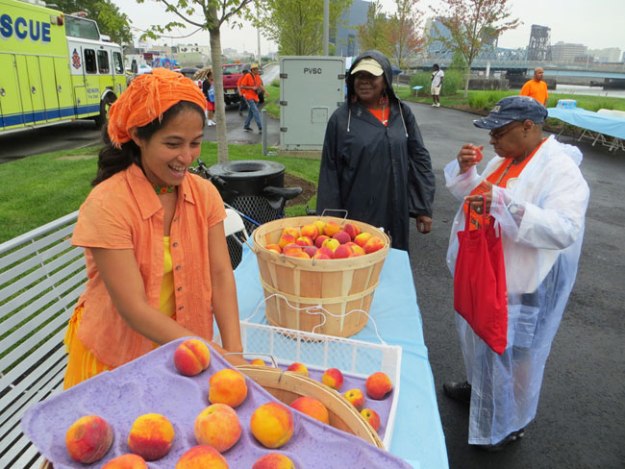 Keeping with the orange theme while keeping it local, 150 pounds of sweet New Jersey peaches were available for all riverfront revelers.

Essex County Sheriff Armando Fontoura points out his birthplace on the temporary version of the Newark Riverfront Welcome Sign, part of the educational signage designed by MTWTF and the Newark Planning Office. 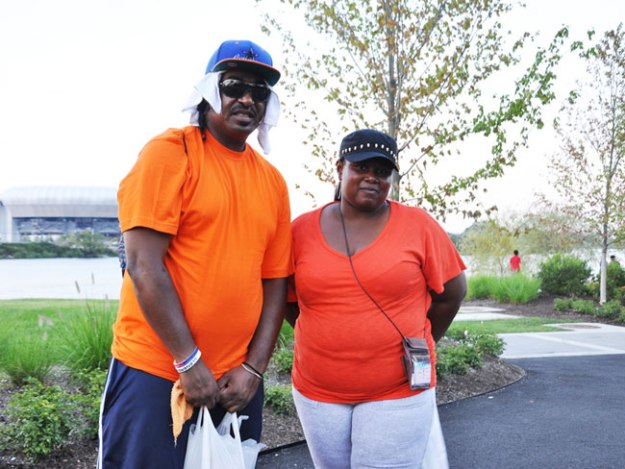 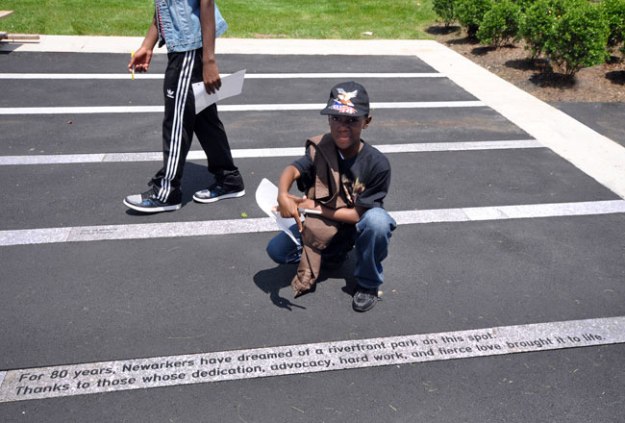 Dedication engraved at the park’s entrance next to Langston Hughes’s “Rivers.”

The park features a set of educational pictographs cut into the orange boardwalk’s rail on topics include Combined Sewer Overflow, the town of Harrison, the Dioxin Disaster, the Jackson Street Bridge, and the Passaic River. 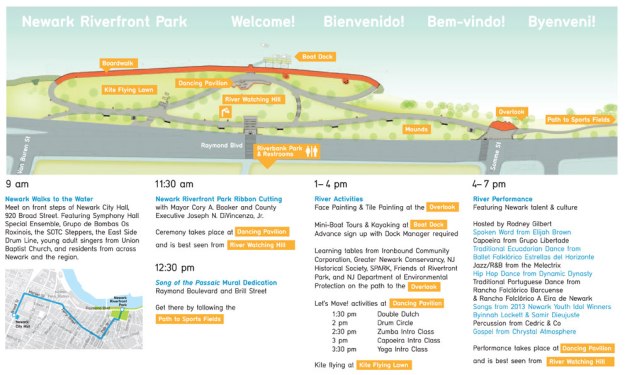