This a cappella musical tells the story of the children and teens who stood up against injustice in Birmingham, Alabama. The Children’s Crusade was launched by several civil rights leaders in 1963, to help propel The Movement forward. Written and Directed by Kathy D.Harrison, The Movement was featured in the 2015 National Black Theater Festival and is performed by the ensemble cast of Diversity Youth Theater 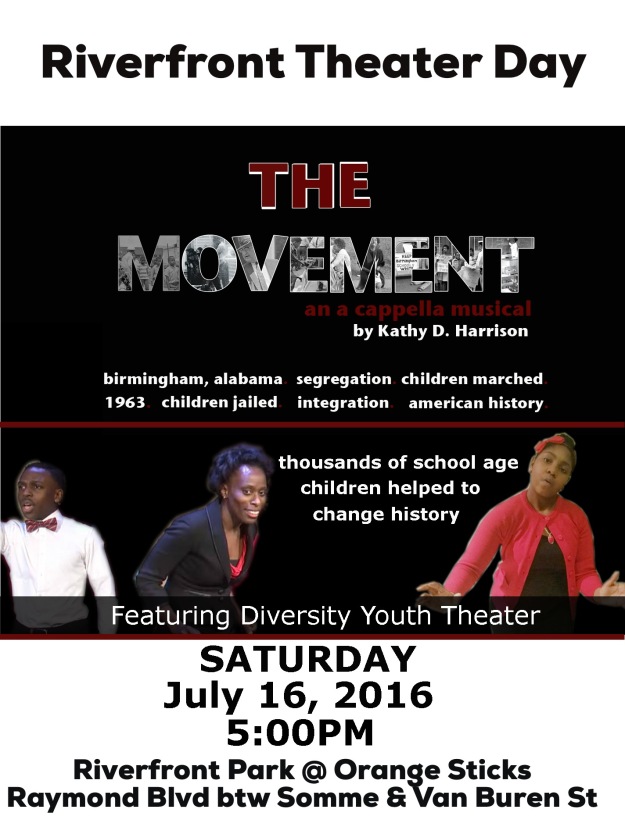